Taking a stand against social issues impacting marriage is not something new to Shaadi.com. Since our inception in 1996 we have consciously raised our voice against many such issues especially those impacting women.

Over the years, we have initiated and supported a number of programs with an aim to bring about a positive change in society and foster equality in Marriage. Here are some of the initiatives that Shaadi.com has been a part of: 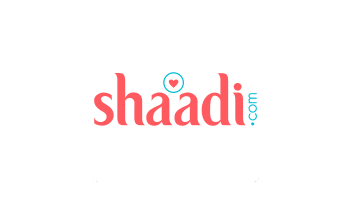 Over the last 4 years, Shaadi.com has been consciously sharing socially relevant content on its social media platforms. We talk about issues related to Dowry and Domestic Violence. The idea behind these posts is to create a dialogue with our existing audience about these causes through surveys and hard-hitting questions.

Shaadi.com proudly supports Love commandos – a voluntary organization in India, dedicated to helping India’s lovebirds who want to get married. The organization provides assistance in protecting couples, helping them fight harassment and giving them shelter, so they can marry freely.

Shaadi.com launched a one of its kind social game ‘Angry Brides’ in January 2012 which effectively helped generate awareness on the evils of dowry. Through this campaign, Shaadi.com received overwhelming support from over 600,000 people & leading media across 35 countries.

To play the game and take a stand against Dowry, users were required to be logged into their Facebook accounts. Gameplay involved grooms with a heavy dowry price tag. The players had to strike the dodging grooms with a weapon of their choice. Each hit decreased the price of the groom & added the money saved to the player’s Anti-Dowry fund.

Shaadi.com helped CRY promote Child Rights for its forum ‘Suraksha Hamara Haq’ organized in Bhopal along with its state partner Madhya Pradesh Lok Sangharsh Sajha Manch (MPLSSM). ‘Suraksha Hamara Haq’ was an open forum for children to speak out on issues that affect them the most their rights.

After My Garden Grows

Shaadi.com supported a short documentary, ‘After My Garden Grows’ about a little girl who avoids becoming a child bride by growing her own garden to feed her poor family.

This true life story was directed by Megan Mylan, an Oscar-winning documentary film-maker, who is known for her documentary ‘Smile Pinki’ that released in 2008. ‘After My Garden Grows’ played before leading feature presentations at PVR cinemas across 9 cities – Delhi, Mumbai, Kolkata, Chennai, Bangalore, Pune, Ahmedabad, Gurgaon and Hyderabad.

Shaadi.com along with the Delhi Foundation of Deaf Women (DFDW), organized the ‘20th Pranay Milan Sammelan 2012’ – a matrimonial alliance to help hearing impaired individuals find their life partner. The purpose behind organizing the ‘sammelan’ was to encourage parents and prospective boys and girls to interact freely with each other. The gathering witnessed over 120 marriage alliances on the day of the event, and undoubtedly influenced many others to proceed with marriage outside of the Pranay Milan Sammelan forum.

Shaadi.com tied up with Giveindia.org to encourage the concept of gifting donations at weddings. The pioneers of online match-making took this initiative to help couples share their joy of coming together with not just their friends and family, but also with the less privileged. The tie up with GiveIndia.org gave Shaadi.com members the option to either set aside a stipulated amount from their wedding budget, ask their Friends and Family to ‘Gift A Donation’ to them as a wedding gift or donate their wedding cash gift themselves to Give India.

ShaadiCares partnered with Stree Mukti Sanghatana’s Centre for Women’s Empowerment and Environment Training in Navi Mumbai to provide support to opressed women . Established in 1975, Stree Mukti Sanghatana (SMS) is a leading non-profit in the field of women’s rights and empowerment in Maharashtra. The NGO currently provides counseling services to women, operates day care services for children of in – need women and conducts training programmes on women’s issues and healthy living.